Canada - Catch you if I Can. 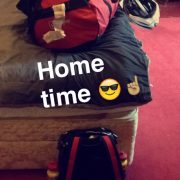 What is a healthy diet?
2 replies